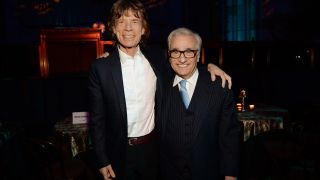 HBO have cancelled the TV series Vinyl after just one season.

The show launched in January and was executive-produced by Rolling Stones frontman Mick Jagger and acclaimed film director Martin Scorsese, and focused around the New York music scene in the 70s.

It was run by Terrence Winter of Boardwalk Empire and The Sopranos fame – but he left in April, and was replaced by Scott Z Burns.

And despite Mick Jagger nurturing the original idea for the show for years, it received less than favourable reviews – and HBO have confirmed it won’t be back for a second season.

They say in a statement: “After careful consideration, we have decided not to proceed with a second season of Vinyl. Obviously, this was not an easy decision. We have enormous respect for the creative team and cast for their hard work and passion on this project.”

The Hollywood Reporter say the two-hour premiere attracted 760,000 viewers, while the 10-show series is thought to have had $100 million invested in it.