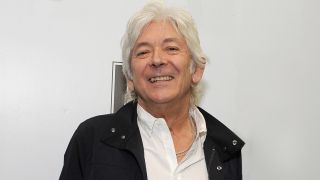 The Faces keyboardist Ian ‘Mac’ McLagan has died after suffering a stroke, it’s been confirmed. He was 69.

The Englishman had been living in Austin, Texas for the past 20 years, and frequently played in the area with his Bump Band. He was due to begin a US tour with Nick Lowe this week.

His manager said in a statement: “It is with great sadness and eternal admiration that we report the passing of rock’n’roll icon Ian McLagan. He died today surrounded by family and friends due to complications from a stroke suffered the previous day.

“His persona and gift of song impacted the music across oceans and generations. Ian’s artistry, generosity and warmth of spirit touched countless other musicians and music fans around the world. His loss will be felt by so many.”

McLagan joined the Small Faces in 1965 after beginning his career as a teenager with Boz Burrell, later of King Crimson and Bad Company. When Steve Marriott left the band in 1969 they brought in Rod Stewart and Ronnie Wood, and became the Faces.

The outfit split six years later and McLagan went on to work with the Rolling Stones, Chuck Berry, Bob Dylan, Bruce Springsteen and many others.

Speculation of a Faces reunion with Stewart surfaced in 2008 but never reached fruition. McLagan expressed frustration with the singer on many occasions, and in 2010 the surviving members got back together alongside Simply Red frontman Mick Hucknall, with Sex Pistols bassist Glen Matlock taking the place of late member Ronnie Lane.

The Faces were inducted into the Rock And Roll Hall Of Fame in 2012, and were due to perform at the ceremony with Stewart, but he stepped back at short notice.

Austin venue owner and friend Doug Anderson told the Star Tribune: “Without any exaggeration, Mac was the kindest, most humble and pleasant person I’ve worked with – and yet he was a legend. He hung out with us all day, then stayed up until 4am. He had a lot of great stories.”

Another area friend, Rob Chapman, said: “Every time I got to talk to Ian, he was the sweetest guy in the world. He was completely down to earth even though he’s played with Mick Jagger and Rod Stewart.”

He’d been due to work on a book with Stones saxophonist Bobby Keys, who died earlier this week. McLagan’s wife Kim died in a car crash in 2006. The couple are survived by daughter Mandy, whose biological father was The Who’s Keith Moon.

Billy Bragg said: “I have lost a dear friend and British rock has lost one of its greatest players.”