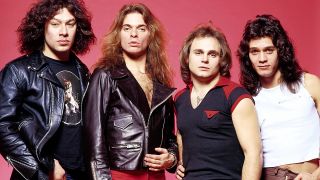 David Lee Roth says he thinks it's all over for Van Halen.

The comments come after the vocalist admitted last month that he didn’t know what the future held for the band, with bassist Michael Anthony saying in the summer that there was talk of a Van Halen reunion tour, only for those plans to be scrapped.

In a new interview with 101 WRIF to promote his 2020 Las Vegas residency, Roth was asked if he was annoyed that the band didn’t get together this summer.

He replied: “It’s been cancelled a number of times and I think Van Halen’s finished and this is the next phase. I’ve inherited the band de facto – whatever that means.

“Van Halen isn’t going to be coming back in the fashion that you know. That being said, Eddie Van Halen’s got his own story to tell – it’s not mine to tell.”

Roth was then asked if the album he wrote with guitarist John 5 would ever see the light of day, with Roth saying it would.

He added: “There’s been a revision of things and I can start making real plans and start marching into the future and you’ll start hearing that material.

“This is material that we wrote variously for me solo and for Van Halen and it’s quite a bank of stuff.”

Rhino Records will release a Van Halen vinyl box set feature 13, 7-inch singles that were originally released for the Japanese market between 1978 and 1984 on November 1.