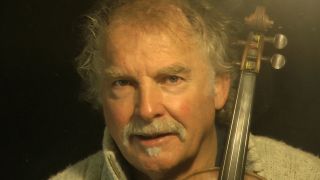 "It's a collection of 10 pieces that set out to conjure up images of far off and exotic locations like Antigua, or imagined settings like Metropolis or Mystic Mountains," way tells Prog. "Like my previous album Vivaldi's Four Seasons in Rock, Destinations could be described as programme music, music that evokes atmospheres and impressions, although it's definitely in the rock genre."

Destinations also sees Way play guitar on a recored for the very first time as well as his trademark violin. The album is available to pre-order.