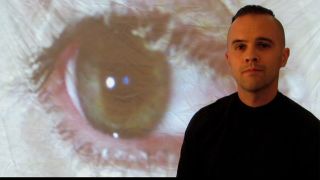 Between The Buried And Me's Dan Briggs launches his new solo project, Nightmare Scenario with Prog. We're streaming the debut EP, Beyond What Is Real, in full. You can listen below.

Nightmare Scenario, described as a mix of Pink Floyd, Peter Gabriel, Pat Metheney and Twin Peaks, will release the six-track Beyond What Is Real through Briggs' own Hogweed And Fugue Records on Friday July 5.

"The idea behind Nightmare Scenario is something that's been with me for seven years and I've had the music for a full length written for maybe four years or so, but I really never thought that I'd be the one singing on it," Briggs tells Prog. "After doing a lot of records with different groups I started to feel like I needed something that was so undeniably me, every aspect of it, and I did a vocal demo that actually resonated with me and gave me the confidence that maybe I could actually do it.

"Living alone in the woods and being isolated is something that's given me more confidence over the last year to explore and I've released some singles in that time all whilst honing in my recording and mixing abilities, in between writing for the various other groups. Upon finishing the last demo and realising what a massive task I had ahead of me and a back half of a year jam packed with touring I was just hit with 'I need to do something NOW'.

"When I listen back to this it really is the most honest and telling point of where I am musically at 34 years old. The album is about a character on a distant planet losing track of time and reality and what their purpose is, confronted by their future and past selves to come to terms with the presence that tries to consume them and finding peace knowing it will always be a part of them but to not let it consume."

Beyond What Is Real is available from the Nightmare Scenario bandcamp page.