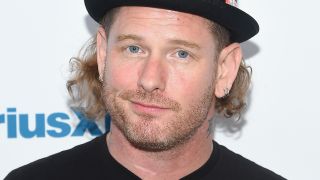 In December, Corey Taylor appeared at the Fremont Country Club in Las Vegas for an acoustic performance.

He was joined on the night by the dance troupe Cherry Bombs, of which Taylor’s girlfriend Alicia Dove is the founding member.

Backstage Bar And Billiards have now uploaded a video showing Taylor play Slipknot’s 2008 track Snuff, which can be watched below.

Earlier this week, it was reported that Taylor was keen to record a “dark jazz album” which could feature alternative takes on Slipknot and Stone Sour material.

Meanwhile, Slipknot are currently putting the pieces in place for their new studio album, which is expected to be released in the coming months.

The band launched the first track from the follow-up to 2014’s .5 The Gray Chapterin the shape of All Out Life in October and will head out on a European tour later this year – a run that includes a headline slot at the Download UK festival.