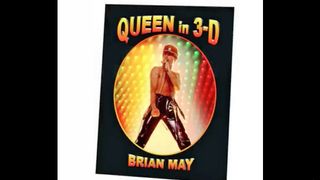 Brian May has announced that his book Queen In 3D will launch later this year.

It’s the first book ever to be published about Queen by one of the band members and features “a unique collection of original, highly personal snapshots of Queen in three dimensions – from its inception in the early 70s right up to the present day, accompanied by the exclusive recollections of founding member and lead guitarist, Brian May.”

The book includes more than 300 photographs, the majority of which were taken by May. Most of them are in 3D and will be able to be viewed with May’s OWL viewer which comes bundled with the book.

May says: “There is no ghost writer for this book. It’s just me. And we have deliberately kept the text in my voice, rather than translate it into literary prose.

“In these pages I’m speaking directly to you across time, as I recall those days, and sometimes actually in the words I wrote down at the time – but also through a collection of 3D images which will take you back there, to see it with your own eyes.”

May previously published 3D images in Crinoline: Fashion’s Most Magnificent Disaster – written in conjunction with Denis Pellerin and the London Stereoscopic Company.

Queen In 3D is out on May 25 and is currently available for pre-order.

May and Kerry Ellis will release their new album Golden Days on April 7 via Sony Music. It features new compositions and cover versions, including a take on Gary Moore classic Parisienne Walkways.