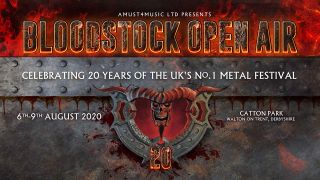 Judas Priest and Behemoth have today been named as the final two headline acts for next year’s Bloodstock Open Air.

The festival will take place at Catton Park, Derbyshire, on August 6-9, 2020, with both bands joining Devin Townsend, who was announced as the Friday night headliner back in September.

Behemoth will play on the Saturday night, while Judas Priest will close out the festival on the Sunday.

Judas Priest frontman Rob Halford says: “Judas Priest are absolutely thrilled to be coming back to Bloodstock once again to do something very special.

Behemoth vocalist and guitarist Nergal adds: “The hallowed lands of Catton Park will once again host our fiendish festivities. This is Behemoth’s first UK festival headline and that will be celebrated in the only way we know how. Hell will be raised, blood will be shed, and magick will descend! We shall see you there Legions!”

Tickets for the festival are on sale now, while Bloodstock Rock Society memberships will got on general sale on October 31 at 9am GMT.

The society is a member’s club which gives a discount on weekend ticket prices, along with other benefits including priority signing tent access, entry into the VIP Serpents Lair bar, special tours of the backstage and production areas, a Rock Society laminate and a dedicated hangout area.

Memberships are limited to just 300. Visit the official website for further information.