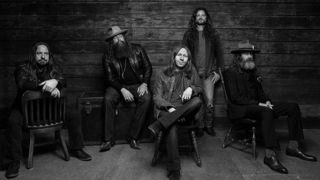 Blackberry Smoke have announced the release of Homecoming: Live In Atlanta, a live album and film recorded at the band's annual Brothers And Sisters Holiday Homecoming event at Atlanta’s Tabernacle last November. The Brothers And Sisters shows have raised over $350,000 for various children’s cancer charities over the last six years.

“We are really excited to have everyone experience an Atlanta Homecoming show at the Tabernacle," says frontman Charle Starr. "With this live album and film, we tried to capture that special energy. We feel that Homecoming lets you hear and see how much fun we have at those shows.”