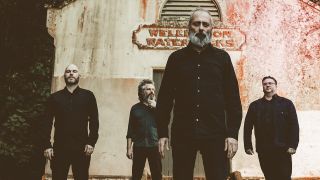 New Zealand’s Beastwars have announced their return by releasing a lyric video for new single Omens.

The song has been lifted from the band’s upcoming studio album IV, which chronicles vocalist Matt Hyde's battle with Non-Hodgkin Lymphoma. Hyde is now in remission after undergoing six months of cancer treatment which began in 2016.

IV will launch on June 28 via Destroy Records and is currently available to pre-order.

“I was lucky that I had music to express what had happened to me. A lot of people don't have that. I was very lucky that we could make a record. I took the time to process it and turned it into something else.”

Beastwars have also lined up several tour dates in New Zealand and Australia which will take place in June and July.