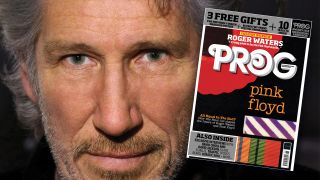 Pink Floyd fans might soon be enjoying a new 5.1 mix of the band's 1977 Animals album.

That's according to former bassist Roger Waters. In an interview in the current interview of Prog magazine (available here), Waters was asked if he was working on anything Pink Floyd related. He replied: "Yeah. I’ve just been working with Po [Aubrey Powell, designer, formerly of Hipgnosis with Storm Thorgerson]. There’s a re-issue of Animals. A 5.1 mix of Animals so I’ve been working... Well I haven’t been working, he’s been working. He came up with some new photographs of Battersea Power Station as it is now to use as a CD cover for the new 5.1 mix. It’s beautiful.”

Pink Floyd released Immersion box sets of two of their biggest albums in 2011 – Dark Side Of The Moon and Wish You Were Here and The Wall, which followed in 2012. And a 20th Anniversary Deluxe Box Set of The Division Bell was released in 2014. But Animals has never been accorded such an honour.

As yet, there is no official word from the band's record label, who have recently been reissuing the band's catalogue on new 180g vinyl – most recently Relics and Pulse. And it is not known if the proposed release would form part of a bigger set – CD does not support 5.1 so it would have to be released on Blu-ray or DVD. Watch this space...