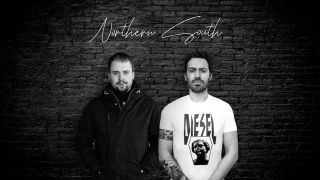 The pair have released a video for their debut single Make It Last, which is released today. You can watch the video in full below.

"Many moons ago I was entertaining the idea of having some sort of creative input in Anathema, so I wrote a couple of songs that I thought could fit the band's musical world," Cardoso explains. "Anathema however runs a very tight ship when it comes to writing music and there’s simply no space for an outsider to throw ideas, or full songs for that matter, into the pot. So I just shelved it.

"Then Covid-19 happened and a sudden tour cancellation and mandatory confinement made me go through old projects. I stumbled upon this song and I felt compelled to write more of it. I’m lucky enough to have my own studio so I went on to record full-blown instrumentals, and eventually started to consider releasing it as a new project/ band. All I needed now was an awesome singer."

Carlssen's connections with Anathema - both Daniel and Vimncent are fans, the latter singing on Built To Last from Carlssen's 2011 album Clocks Don't Count - stood him in good stead.

"That’s when I decided to harass Petter Carlsen," Cardoso continues. "We had bumped into each other many times in the past and I always had an enormous admiration for him as a singer and artist. From all the songs I sent him he decided to start with this one in particular, which fondly enough is the song that started it all.

"Once I got the first demos with his voice I was like 'Wow… This can be good' and it all started falling into place. Now we’re in a band together, each of us in our different part of the globe. So we decided to call it Northern South. Its pretty self-explanatory. And there’s more to come.”

Northern South are currently working on new material for an upcoming EP.