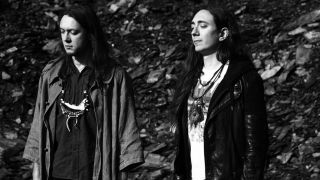 Alcest have released a stream of their new track Oiseaux De Proie.

It’s been lifted from the French outfit’s upcoming fifth album Kodama, which will launch on September 30 via Prophecy Productions.

The follow-up to 2014’s Shelter is a concept album – and vocalist and multi-instrumentalist Neige says Kodama – which is Japanese for ‘tree spirit’ – was influenced by Japanese culture and Hayao Miyazaki’s 1997 animation Princess Mononoke.

He tells Noisey: “It’s an album about the confrontation of the natural world and the human world. The concept of the album came after I watched Princess Mononoke – in the film, it’s exactly that idea, of the two different worlds that try to live together.

“They struggle, and I think we are really busy taking care of our little programmes that we forget there is another world around us that is being neglected.

“Nature always inspires us, and also it has kind of an urban side because I’m living in the city – it’s like a mix of very mortal things and very spiritual things.”

Alcest will hook up with Japanese band Mono later this year for an extensive European tour in support of Kodama. The first date will take place at Dresden’s Beatpol, Germany, on October 27, and wrap up at Brasov’s Rockstadt, Romania, on December 3.