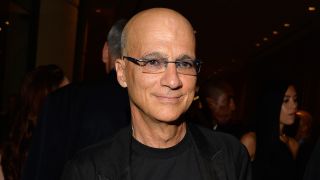 “I always knew that women find it very difficult at times – some women – to find music.”

That, according to Interscope and Beats By Dre co-founder Jimmy Iovine, who now works with Apple, is the notion that inspired the new Apple Music advert, where Mary J. Blige, Kerry Washington and Taraji P. Henson hang out in a penthouse kitchen and get very excited over some songs Apple Music suggests to them.

He’s since apologised for his patronising comment, saying: “Our new ad focuses on women, which is why I answered the way I did, but of course the same applies equally for men. I could have chosen my words better, and I apologise.”

But that doesn’t take away the fact that he, and presumably a fairly sizeable creative team, based an entire marketing campaign on their lack of confidence in women’s ability to find and listen to music they like.

Male and female Twitter users came out in force to scoff at his comments, branding them “dumb shit”, “mansplaining”, and “a masterclass in how not to sell music to women”. Thankfully, the music industry itself – while often a difficult place for women to succeed – is proof that women are perfectly capable of curating, finding and liking music; Annie Nightingale and Annie Mac are two of the UK’s most successful DJs, with the likes of Clara Amfo, Alice Levine and B Traits following in their footsteps. At TeamRock, we’ve got our very own Miss Rach and Sophie K.

But that’s not to say there isn’t a problem – and it’s not one that Jimmy Iovine has created. Unfortunately, his comments are just the latest manifestation of the wider issue of underrepresentation of women in music. While we should absolutely call him out for perpetuating it, we shouldn’t lay all the blame for misogyny in the music industry at his feet.

A 2013 report revealed that only 20% of solo broadcasters are women, and in September this year, XFM’s Radio X rebrand was ridiculed as it proclaimed to be the UK’s “first truly male-focused station”. Conde Nast’s recent acquisition of the music site Pitchfork followed a similar philosophy, when the publishing giant’s chief digital officer Fred Santarpia told the New York Times that the site would help them target “a very passionate audience of male millennials”. The assumption that music is a largely male hobby is one we need to keep vocally challenging every time it’s used as a music product’s ethos or raison d’etre.

“I just thought of a problem: Girls are sitting around talking about boys. Or complaining about boys, when they have their heart broken… And they need music for that, right? It’s hard to find the right music. Not everybody knows a DJ,” said Jimmy Iovine on the CBS News interview that kicked off the furore. And that’s the crux of the problem: in 2015, the stereotype that women have nothing better to talk about than men still exists, while the fact that some guys might like to sit around talking about girls is handily overlooked. It’s why the Bechdel Test – which asks whether a work of fiction features at least two women who talk to each other about something other than men – exists in movies, but it’s time we also applied that to real life.

Playlists on Apple Music, Iovine says, are curated by real people. Instead of an advert that shows how women can benefit from this wisdom, he could have chosen to highlight the women working in these curating roles. Last year, Apple’s Diversity manifesto boasted of hiring 11,000 women – 65% more than the previous year – but while this commitment to fair representation should be celebrated, it feels a little tokenistic after Iovine’s comments.

We should be past the point that women’s intelligence and interest in music has to be pointed out, rather than taken as a given. Let’s give Iovine some credit for his apology, but remain aware that sadly, this won’t be the last time these kind of thoughts are uttered out loud.