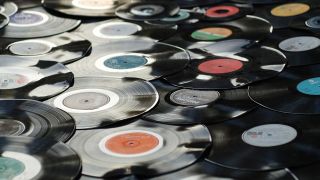 Last week Metal Hammer revealed its Top 50 Albums Of 2017 So Far. And you have to admit, it’s already been quite the year! From Mastodon and Code Orange to While She Sleeps and Pallbearer, metal is in fantastic health in 2017, with all sides of the vast, metal megagon covered and bursting with multicoloured heaviness.

But that’s just our opinion! What do you think?

Maybe you’re not just that into Body Count, or Kreator just don’t cut it any more, or that Full Of Hell is just noise. Or you could love all of it! Make your voice heard in the poll below by voting for your favourite metal album from the past six months. There are 50 to choose from, but if your number one choice isn’t there then you can post your own choice in the comments below.

Winners will be announced next week!

If you favourite album of the year so far doesn’t appear above, leave it in the comments below!

The overall winner will be announced next week (w/c 10 July).