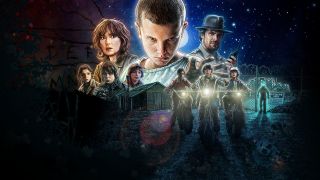 It feels like the world and its dog have been yabbering on about just how bloody good Netflix’s Stranger Things is. If you’re yet to join the global cultural phenomenon, it’s an eight-part sci-fi series that harks back to the ‘80s glory days and is packed with nostalgia, four kickass kids and something seriously sinister. But that’s not all, its also has a brilliant soundtrack.

The music was written by Kyle Dixon and Michael Stein from Texan synthwave outfit SURVIVE, and really adds depth to the dark, eerie landscape Stranger Things creates over the almost eight-hour runtime… But that hasn’t stopped YouTuber LittleVMills metalling it up a bit!

Dubbed an “epic metal” version, it has certainly expanded on the subtle nuances of the original electronic theme with slabs of chug and riffage, but still manages to keep an inherent air of creepiness. If there was ever to be a follow-up to Stranger Things in which Dustin joins a power metal band, this should definitely be the soundtrack.

What if James Bond was soundtracked by metal?