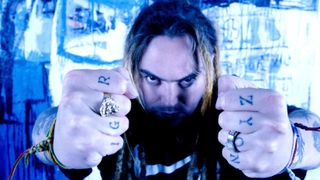 Any metalhead worth his salt is familiar with Soulfly’s biggest hits like Back To The Primitive, Tribe, Prophecy etc., but there are those who might not be as familiar with some of the band’s stellar album tracks. You won’t find these on the Soulfly greatest hits album, but there’s no question that these ten songs are still worthy contenders among the group’s extensive discography.

Sean Lennon might take the most surprising guest vocal award on Primitive, but it’s metal legend Tom Araya that deserves the real praise for his brilliantly brutal performance on Terrorist. Hearing Araya and Soulfly linchpin Max Cavalera spit frantic phrases is like a thrash fan’s wet dream, with the two thrash legends partaking in some verbal sparring throughout the track’s scintillating duration. It’s from the group’s most successful album, but with other heavy hitters like Bring It, Boom and Pain to contend with, this banger has been lost in the shuffle somewhat.

2008’s Conquer was a very solid album, not least because of fan favourites such as Blood Fire War Hate and Unleash. But there are a few underrated pieces on the LP too, not least the three and a half minute blitz Rough. The song barrels forth thanks to a speedy riff and some pedal to the metal drumming, with Cavalera’s vicious lyrical delivery of “Make it rough, f**king rough” permeating it. Simple but cranium-crushingly effective.

Cavalera has often included guest appearances on his work, but few match the quality found on the wicked sounding Prejudice. From their self-titled debut, the track features then Dub War frontman Benji Webbe on dual vocal duties with Cavalera. Webbe sounds like a demented shaman, spitting frenzied lines like his life depended on it, while Cavalera gives the track a gruffer quality. The song has an infectious bounce to it, mainly due to the fantastically elastic instrumentation, making Prejudice one of the band’s most downright fun songs to date.

The band decided to leave behind the world music traits on 2010’s Omen, opting instead to focus on their killer riffage and aggressive lyricism. Kingdom is the greatest beneficiary of this newfound focus. It sees the band deliver a fiery performance, injecting the song with a fist pounding riff and wide open drumbeats, helping to turn it into an underrated anthemic titan. Straightforward but impactful.

It’s all in the family on this scintillating collaboration from 2012’s Enslaved, with the whole Cavalera family coming together to deliver an uncompromisingly heavy belter. The vocal duties fall to Max, Richie and Igor, who bounce off one another with ease. Zyon particularly shines with his unusual drum patterns and neat fills, not forgetting Tony Compos providing stellar, rumbling bass notes. Revengeance is one of the most instrumentally sound recordings in Soulfly’s back catalogue, and a rare glimpse into what the Cavalera family as a whole are capable of. Unmissable.

On this closer for 2005’s Dark Ages, the band let the rain seep in to dampen their familiar heavy sound, with the results being spellbindingly beautiful. This is the choice cut from the long standing series of Soulfly songs that have featured since their debut, thanks to the deft atmospheric sound that the group achieve here. It’s melodic and deeply introspective from a band that aren’t commonly known for such delicacy. If album opener Babylon is the aggressive call to rise up against the establishment, then album finale Soulfly V is the calming soother to call for peace.

From the band’s 2013 release Savages, Fallen stands as one of the heaviest tracks the group has ever produced. A cavalcade of drums pummel the speakers, almost demanding the downtuned guitars and throat-tearing vocals to follow suit. It’s so low and brutal it’s almost sickeningly so, with the concoction of heavy drums and guitars almost crumbling its entire foundations at several points, before being resuscitated by the devious main riff refrain. The tempo transition between verse and chorus is also effortlessly done, expertly avoiding any awkward transitions. Fallen hasn’t been played live but you can rest assure if this one makes it into their set, the circle pits of hell will open up like floodgates.

There was no messing about on the band’s latest release, the brilliant Archangel, with the choice cut of the LP being the careering comet Shamash. The song has it all; throat tearing vocals, hard as nails beats, thunderous basslines and, most importantly, a beastly lead riff. The chorus onShamashis simply phenomenal, a chorus that sees the band cryptically chant the vocals like they were summoning some mystical god of war.It’s grandiose, it’s powerful, and it’s one of the best songs ever spawned by the group.

One of the most admirable facets of Cavalera is the fact that he’s never compromised his own religious beliefs, especially in a genre that is commonly preoccupied with satanic lyricism. On I Believe, the fearless frontman goes into himself to deliver some visceral spoken word about his spiritual beliefs, accompanied by a driving instrumental section that effectively drops in and out. This corker from the often overlooked Prophecy is the perfect mesh of the Soulfly sound along with newer traits, helping to showcase their embracement of different techniques.

This touching epic from their 2002 release 3, is a tribute to Cavalera’s stepson who was tragically murdered in 1996. The wounds are very real on this one and it comes through. The emotional rollercoaster Tree Of Pain is led in and bookended by the emotive vocal melodies of Asha Rabouin, while the beautiful sitar swathes bring a meditative quality to this varied gem. It soars majestically into the clouds, before its middle bulk brings proceedings back to earth with Max and Richie screaming their hearts out. Lyrically, thematically, musically and emotionally – Tree Of Pain is the real deal, and one that deserves the praise it rightfully deserves. For now, this one remains the most underrated song in the band’s eighteen year career.

The Gospel According To Max Cavalera