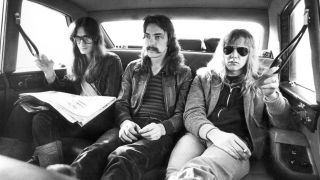 Rush's classic A Farewell To Kings album was released this day in 1977. So here's a short reminder of a few related facts, just in case the subject comes up at dinner.