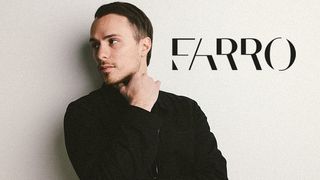 Josh Farro rose to fame as guitarist for pop-punk megastars Paramore, alongside his drummer brother Zac. They parted company with the band in 2010, and in February 2016 Josh finally released his solo record, Walkways. Here he talks about the possibility of collaborating with his old bandmates again, the joys of a normal life and how Coldplay influenced his new songs…

After leaving Paramore, you adjusted to newly married, ‘normal’ life. What was that like?

It was quite a drastic change, but I wouldn’t trade it for anything.

You’re on speaking terms with your former bandmates now and have ruled out speculation of ever reuniting. Do you think any future, non-Paramore collaborations with them could be on the cards if your relationships continue to patch up?

I’ll never say never. Who knows what the future holds. I’m not opposed to it!

Have you kept up with Paramore’s work since you left? If so, what do you make of it?

Not really to be honest. I’ve heard a few songs and they sounded great!

You recorded Walkways, your debut solo LP, with Grammy Award-winning producer Jacquire King. How did you meet him and how was he in the studio?

I met him through the his engineer. He was great in the studio. Jacquire has become one of my good friends. We really click on a lot of levels so that made the recording process so fun and easy.

Your brother Zac [ex-Paramore] recorded the majority of Walkways’ drums. Did he have any creative muscle in the writing process?

As far as drum parts he definitely did. He’s so creative in that area.

You cited Coldplay and classic rock as a major influence for Walkways – were these the usual things you were listening to in the run-up to a Paramore record?

When I was writing for Paramore I was definitely listening to Coldplay. I have been since I was 12. As far as classic rock goes I really hadn’t listened to much at all until a few years ago.

How different were Walkways’ writing and recording sessions in comparison to your ones with Paramore?

Well now that I’m singing I really have had to shift my focus over to lyrics and melody where as before Hayley covered the majority of that. Also tracking lead vocals was definitely a learning curve but a fun one at that.

Walkways’ music video comprises footage shot on GoPros worn by your mates across the world. What was the reasoning behind doing a video like this?

I just thought it would be a creative way to do a music video instead of the usual performance and storyline kind of deal. I also feel it visually meets the energy of the song.

The record’s been out since February. How have you found the reaction? Have any of your ex-Paramore bandmates heard it?

The reaction has been nothing but positive. I’m super grateful for the fans response to the album. I’m not sure if my ex-bandmates have heard the whole album but Hayley did mention to me that Cliffs was really good.

Prior to Farro, you and Zac played in Novel American before disbanding it. Would you ever consider resurrecting this project or is it a write-off?

It was more of an idea than an actual band and nothing really ever came of it. As far as it goes it’s definitely a write-off.

At live shows, you’ve said, “We are Farro.” Would you define Farro as a solo effort or an actual band named after you?

I would say a band named after me. I prefer the band feel over a solo project.

You’re on your first UK trek since leaving Paramore. Are you flying in almost as if you’ve got something to prove this time round?

Not really. This is an entirely new band and a fresh start. I’m looking at it from that perspective rather than me coming from a successful rock band and trying to be ‘better’ than before or anything like that.

As a touring unit, how does Farro differ from Paramore? Are there any similarities between the Farro touring cycle and Paramore’s early days?

It’s really not much different. Touring is touring. It’s definitely bringing back some memories of when Paramore first started which is pretty wild!

What can the uninitiated expect from the Farro live experience?

Our show is high energy. I think they will walk away feeling really amped. We give everything we’ve got during a show and I feel that’s something fans can see and feel.

Following this tour, what’s next for Farro?

The plan is to continue to tour as much as possible and also record and release new music in 2017.

Quiz: Do you know your metal fact from fiction?