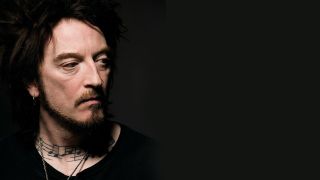 Jason And The Scorchers - Lost And Found (EMI America, 1985)

Nashville, early 80s, and country music has reached a nadir of mainstream ambivalence that ol’ Hank and Mr Cash would have sneered at from spitting distance. Illinois native Jason Ringenberg would be the man to change the way that country music would be heard to this present day, influencing the alt.country movement in the 1990s and establishing a pounding drive and punk spirit to a genre of music that had long-since misplaced any concept of danger.

Produced by Fervor’s Terry Manning, this whip-cracking, foot-stomping hootenanny opens up with the frantic Last Time Around before hurtling into one of rock’n’roll’s top five most thrilling moments, the mean-spirited White Lies. Written by drummer Perry Baggs, this song lures the listener into some dank, beer-drenched barn dance where you can feel the crowd and smell the cowshit.

Jason And The Scorchers’ name should be seen as an essential section in the evolution of rock’n’roll. They made it cool to be you. Yee, and indeed haw.

So Divided spreads its wings with a creativity to rival anything Ennio Morricone, George Martin and John Barry could muster in collaboration with, say, Jane’s Addiction, U2 or Pink Floyd.

While the 80s continued to churn out derivative, soulless garbage to drones lured in with promises of bright colours and funky hairdos, somewhere deep underground, incredible bands like LA’s The Long Ryders spoke to music connoisseurs like Moses on the mount.

Mixing The Byrds’ Rickenbacker jangle, the Flying Burrito Brothers’ sense of melody and harmony, Gram Parsons’s wayward spirit and The Clash’s energy, Sid Griffin’s alt.country precursors (by a full 10 years) spoke of family pride and backwoods tradition in a manner not yet delivered to a (largely unworthy) public.

The sheer quality of songwriting and purity of performance never gives pause for criticism throughout the duration of this awesome album.

For lovers of sugary pop with a side order of rock’n’roll guitars, music doesn’t really come any sweeter than The Babys. This, their third album, is a confident and masterful set of perfectly crafted pop nuggets.

Widely regarded as pioneers of the whole US hardcore movement, the four Rastafarians from Washington DC known as Bad Brains may well have been the most bad-ass group in this emerging scene but they were arguably the most culturally relevant band in America at the turn of the 80s.

Surprisingly – and refreshingly – reggae-free, I Against I is the sound of a band entirely at home with challenging norms. Slamming into devastating life with opening track Intro, Dr Know’s Eddie Van Halen-level fretboard fireworks are given the rhythmic framework in which to excel, courtesy of Darryl Jenifer and Earl Hudson (bass and drums respectively), and the result is mesmerising. If you want to be impressed by musicianship you’ve come to the right place. If you merely want to lose your fucking mind then you need look no further than second track I Against I, as HR comes screaming and snarling into the fray amid machine-gun rhythms and classic punk chord progressions.

Traditional arrangements, however, are given short shrift as songs speed up and slow down with supernatural grace. Bad Brains are their very own force of nature and nothing that they do needs explaining, so don’t try to figure it out. This music is coming from somewhere else entirely. With complete disregard to traditional punk rock, this album contains more undiluted punk spirit than most sloganeering poseurs before it.

A strange, exotic and often wonderful band, Saturation is the sound of the honeymoon period of the drug experience: the rush, the steely glare, the focus and the intent. One of the greatest pop/rock albums ever.

While this album originally grabbed my attention due to the welcome reuniting of original Sparks members, brothers James and Earle Mankey, it was the talents of singer-songwriter Johnette Napolitano that has it marked as a bona fide, no-nonsense, cast iron classic as far as I’m, or anyone else lucky enough to own this album, is concerned.

Marrying middle-of-the-road rhythms, and almost Ry Cooder-style dreamlike guitar passages, with punk spit and Napolitano’s streetwise lyrics the album made for compulsive listening. No self-respecting music-loving punk in my circle was without a cassette copy of this awesome display of wasted talent that still stands up to close scrutiny to this day.

That very few people even know this album is, in equal parts, criminal and exciting. This could well be the Holy Grail you’ve always suspected your collection is missing. If melancholia, stirring vocal delivery, awesome guitar playing and sublime songwriting is your cup of chai then I simply cannot recommend this album highly enough.

Fishbone were they were the greatest live band in LA, and then they made this, arguably the greatest album of the 80s. Their second full-length release covered funk, thrash metal, punk, pop, soul, psychedelia, rhythm & blues and balladry in such authentic style it has yet to be matched, by themselves or anyone else. And while slices of prime Suicidal Tendencies, Prince and Sly And The Family Stone can be picked out, it’s the melodic, funky insanity that fills up 80 per cent of this trip into schizoid musical heaven. And why I’d state, with little reservation, that this is an album that is impossible to dislike.

Inspired by Hüsker Dü, The Replacements and country music, Soul Asylum were around for seven drunken years before the recording of this, their shining moment. Bursting into action with Down On Up To Me, the opening track sees the band in quasi Led Zeppelin territory with a huge, spluttering riff tumbling into a harmony-laden chorus, a style cannily ‘borrowed’ by many a band in years to come – including The Wildhearts – and one that still packs a weighty roundhouse to this day. You owe it to yourself to own this one.

Lovers of quality, melodic country-based pop songwriting with a rock twist: do yourself a big favour and pick up Sound Of Lies immediately. A collection of songs so haunting and beautiful is a rare and quite other-worldly pleasure.