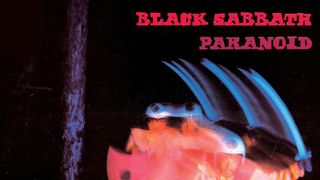 It may have been released 48 years ago, but Black Sabbath’s second album has lost none of its unearthly power. From the ubiquitous magic of its title track to the monumental sprawl of its more epic tracks, Paranoid is simply a metal benchmark and a record that continues to exert its influence over the entire heavy music world. As a result, putting its eight songs into an order of preference is, as they say, well flippin’ tricky. But we did it anyway. Here you go…

By Black Sabbath standards, Rat Salad is little more than a throwaway instrumental, but by most other bands’ standards it’s pretty fucking great. 150 seconds of spiralling riffs and muscular oomph, it makes up the numbers on Paranoid to some degree, but still more than justifies its presence on this classic album by demonstrating just how fiery and exhilarating the young Brummies were by this point. Perhaps more interestingly, it has yet to be confirmed whether any of the band have ever actually eaten a rat salad. It doesn’t sound very appetising, but then they were out of their minds on drugs at the time and anything’s possible when the munchies kick in.

Dashed off as a last-minute filler for Sabbath’s second album, Paranoid may not have ever been intended as an immortal anthem for the ages, but that’s what it has indubitably become. As humble as its birth was, it’s a textbook example of a classic heavy rock song: short, to the point, laden with hooks and performed with the kind of urgency and vitality that only young bands with big dreams and tons of confidence can muster. The fact that it’s only the seventh best song on Paranoid is testament to the mind-bending quality of the rest of the album, rather than a criticism of the song itself. Everyone loves Paranoid.

It’s an obvious truth that he entire doom metal scene owes its collective arse to Black Sabbath, and to songs like Electric Funeral in particular. Crushing, sinister and wonderfully weird, this is a song that still sounds like the end of the world slithering towards us (and given the state of the planet at this point, we deserve nothing less). Lyrics like ‘Robot minds of robot slaves lead them to atomic rage’ and ‘Earth lies in death bed/Clouds cry water dead’ ensure that the apocalyptic vibe is virtually chewable throughout, and the way that Sabbath switch from debilitating dirge to bursts of nimble, mutant blues fury still has the power to take the breath away. May all our funerals be this electric.

They may have struck fear into the hearts of polite, Christian folk everywhere with their evil riffs and uncontrollable facial hair, but Black Sabbath were hippies at heart and Planet Caravan remains their finest ever attempt to tap into the woozy bliss of psychedelia. Satan only knows how much weed was smoked during the recording, but seldom has the notion of drifting blearily through the cosmos with one’s true love ever been so vividly evoked. And while Sabbath’s biggest and most seminal contribution to metal remains Tony Iommi’s riffs, the fact that Pantera covered this song on 1994’s Far Beyond Driven proves that Sabbath’s subtle side has had an undeniably enduring effect on the evolution of heavy music too.

Another song that has been utterly essential in inspiring the doom metal legions, Hand Of Doom is obscenely heavy in every respect: the riffs, of course, are pulverising but it’s the lyrics that make this such a bruising seven-minute crawl through unimaginable horror. Inspired by the drug-ravaged disintegration of US soldiers returning from the Vietnam war, it’s a sustained litany of nightmarish observations set to one of the band’s most ingenious arrangements: ‘Push the needle in/Face death’s sickly grin/Holes are in your skin/Caused by deadly pin’… come on, it doesn’t get much better than that, does it? Extra points for the phrase ‘deadly pin’, which may well have saved a few people from dying in freak sewing accidents.

Fairies don’t exist, so their footwear is hardly a matter for sensible discussion, but when you’re in the midst of Paranoid’s mesmerising closing track, it wouldn’t take much to make you believe and head straight for the nearest branch of Foot Locker to do some research on miniature clogs. That aside, Fairies Wear Boots is still a staple in Sabbath’s live sets, and with good reason: this song swings like a megalodon’s ballbag and deftly combines pounding blues rock vibes with a strong sense of pot-addled euphoria that reaches an almost comical peak when Ozzy Osbourne sings ‘Smokin’ and trippin’ is all that you do!’, thus summing up Black Sabbath’s recreational itinerary with laudable precision. As an added bonus, this is one of the few heavy metal songs that features a dancing dwarf.

One of Tony Iommi’s greatest skills is to write riffs that are as easy to sing along with as the songs’ vocal parts. Whenever the band play Iron Man live, everyone goes apeshit, despite the fact that this is one of Sabbath’s heaviest, slowest and most unashamedly lumbering anthems. Geezer Butler’s lyrics were apparently inspired by Ozzy Osbourne’s observation that the song’s main riff sounded like “a big iron bloke walking about”, which is both brilliant and daft. However, there’s nothing daft about the timeless might of the band’s ensemble performance: this is the sound of heavy metal being forced in real time; immense, unstoppable, ageless and devastating.

48 years on, War Pigs is still one of the most ridiculously thrilling songs ever performed by human beings. You don’t have to be aware of all the noted artists and bands that have covered it – ranging from Faith No More’s straight but scintillating version from The Real Thing through to quirky art punks Alice Donut’s trombone-led demolition on 1990’s Revenge Fantasies Of The Impotent – to see how fundamental this epic and grandiose eruption of heavy, heavy thunder is to just about everything we hold dear in the metal world.

War Pigs is simply part of metal’s sonic DNA, from its bewildering succession of colossal riffs to Geezer Butler’s powerful anti-war lyrics, delivered with youthful aplomb by Ozzy Osbourne: it’s a towering template for intelligent, rampaging heaviness that still sends shivers down the spine of most sensible listeners. And yes, Geezer did rhyme ‘masses’ with ‘masses’, but so what? It’s War Pigs. It rules (and those words do rhyme, let’s face it).