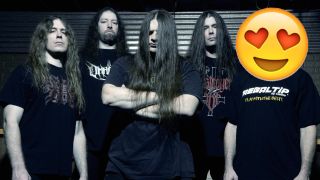 Valentine’s Day sucks. If you’re single, the only way to counteract the overbearing smugness of everyone around you is to book a table at restaurant, pretend to be stood up and upset, and make all the diners uncomfortable.

If you’re unlucky enough to have embarked on a relationship in the run-up to Valentine’s, whatever gesture you make will be deemed either too small or a bit much, inevitably inviting an “It’s not you, it’s me” text message two days later.

If you are in a couple, you head out to a restaurant for a romantic meal and realise you’re in a horrific hall of mirrors reflecting identikit couples, while the tinsel tacked to the wall with the words ‘HAPPY VALENTINE’S DAY!’ takes on the same, soul-chilling aura as the phrase ‘Arbeit macht frei’.

And to top it all, there’s some poor sod alone at a table checking the time and fidgeting until your partner starts asking why you’re constantly glancing off to the side.

As a group of people who wear their Pavlovian response to the opening riff of Raining Blood with pride, we understand the power of the obvious, so where else to start than with this sweeping symphonic, classic?

Featuring the rather clever line, ‘From grace I fell in love with Her’, Cradle Of Filth’s rapt tale of vampiric seduction is likely to make your knees buckle, from the blood loss at least.

Akercocke – Of Menstrual Blood And Semen

Taken from the well-attired London Satanists’ 2001’s breakthrough album, Goat Of Mendes, whose cover set up the band’s twin obsessions – to quote, ‘tits and goats’.

This coruscating track and its sonic twist of orgiastic groaning provides the launch pad for an unforgettable groove, sups from the chalice of ecstasy and grants phallic benediction while offering more than lip service to down below.

Taking the idea of loving someone to bits to new extremes, Florida’s death metal gorehounds Cannibal Corpse believe there are not enough orifices on a human body to provide full satisfaction, so it’s up to them to suggest a few more.

This ditty, from 1992’s Tomb Of The Mutilated, offers auto-erotic asphyxiation as the ultimate act of foreplay and describes the partner-dissolving delights of zombie sex with overly chunky relish.

Suffocation – Entrails Of You

For Long Island’s Suffocation, it’s clearly what’s inside that counts, and this literal declaration that love is a gut feeling takes the idea of being one with your partner to new extremes. ‘Submerge myself in your blood and wear your flesh, you are so fucking beautiful’ they growl seductively, and who wouldn’t want that inscribed in a Valentine’s card?

Moonspell’s 1995 debut album, Wolfheart, ushered in a new Mediterranean take on black metal, stirred by gothic grandeur and no small amount of unholy lust. This ode to three-way, ritual witch-rutting, put Fernando Ribeiro’s fevered vocals against female ululations and paid yet more tribute to the essential oils of Satanic seduction with the line, ‘Drawing naivety with our blood and semen’.

The Vision Bleak – A Romance With The Grave

Clearly influenced by Moonspell, but with a Teutonic, industrial undertow, this groove-laden ode takes a musically bombastic (if amorously sensitive) approach to digging up long-deceased Jezebels and having your way with them, describing ‘A first shy kiss/And silent moans/In the abyss/The coffin groans.’

Mildly perturbed by the notion of a vow of chastity, Ohio-based, prolific death metal ruffians Nunslaughter, brought in a bit of she-devil sexytime to their Hex album. My Concubine’s heaving, thrash-charged riffs drive the declaration, ‘This Devil she wants me, she knows she can/’Cuz fucking for hell is my unholy plan,’ making you wonder if their studded armbands weren’t merely decorative.

Celtic Frost – Procreation (Of The Wicked)

Without wishing to offer any theories as to what its 30-second duration says about the course of true love, this track from Washington DC’s grind gods Pig Destoyer is an hallucinogenic ode to… not quite sure actually, but the references to voyeurism and ‘Leaning over her while she sleeps and licking the heroin off her lips’ suggest a sordid intimacy that might not come across in the musical equivalent of having just swallowed a piledriver.

AR Kane weren’t metal (they were responsible for the ‘whoosh’ sound on M/A/R/R/S’s smash hit, Pump Up The Volume, though), but not only was their 1987 Lolita EP a masterpiece of steadily escalating romantic obsession, this final track culminates in the kind of synapse-frying noise and psychological meltdown that would put all lovers of genuinely extreme music in a state of ecstatic overload.