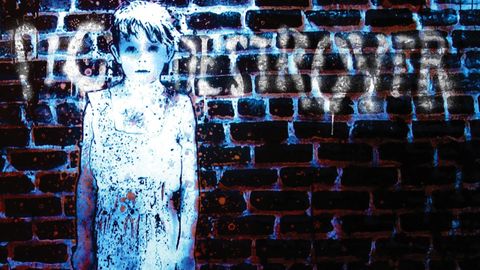 Five years on from the release of their last album, the furious Phantom Limb, and there are still few things as outrageously thrilling as the sound of Pig Destroyer at full pelt.

The band’s first album with new drummer Adam Jarvis, Book Burner, is by no means a radical departure from the grotesque grind and horrifying poetry of previous albums, but it is apparent from the explosive opening seconds of Sis that JR Hayes and Scott Hull have been revitalised by an injection of fresh blood and are aiming direct for the jugular with more intensity than ever before.

Unlike more traditional grindcore practitioners, Pig Destroyer have always been proud to make their thrash and sludge influences as integral to their overall sound as any amount of lightning blasts. As a result, the most fascinating tracks here are the more drawn-out likes of The Diplomat and Baltimore Strangler, wherein riffs are given room to breathe and JR’s delivery splatters across the underlying mayhem like the incensed spittle of a malevolent preacher.

On the short, brutish likes of The Underground Man and Permanent Funeral, fans of extreme sonic violence will be relishing the taste of their own broken teeth.