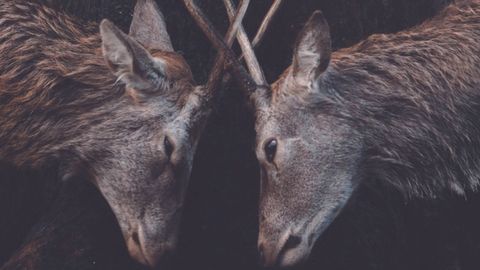 A vital part of White Moth Black Butterfly’s charm is their complementing contrasts. Just take a look at the evocative name, or the way they seamlessly juggle pop sheen with experimental, cinematic soundscapes. The collective’s second album Atone follows suit, with the record exploring the common themes of loss and hope. The band – led by TesseracT singer Daniel Tompkins and Skyharbor’s Keshav Dhar – landed a deal with Kscope for this 11-track album and you can see why the label decided to invest. Although distantly familiar, the interplay between Tompkins and bandmate Jordan Turner’s breathy, floating vocals is at times a treat, while string arranger Randy Slaugh – who has worked with Devin Townsend – helps to concoct some movie soundtrack-style mystery. Hardened proggers might wince at some of the more maudlin, new-school ditties, but immersive tunes like the brooding Tempest are reminiscent of Norway’s Gazpacho, while Penitence is one of the most lush, velveteen pieces of music you’re likely to hear this year. Atone was recorded across the globe in the UK, the US, India and Taiwan, but the music and its messages are truly universal.