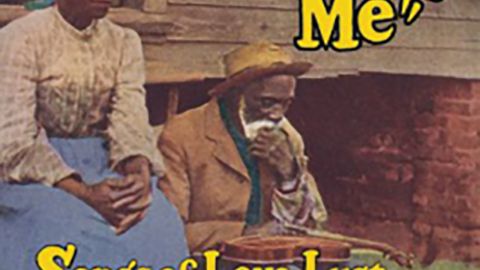 JOHN HENEGHAN IS a genial New York-based musician, fond of old-time music and blues, leader of the East River String Band, and a major league collector of old 78rpm records. Listening to this three-CD set is like having a session in his den while he relentlessly plays you six dozen of his rarest and quirkiest discs.

If you don’t care much about old 78s, if your curiosity isn’t piqued by titles like Bed Slats by Stovepipe No.1 & David Crockett or Field Mouse Stomp by Minnie Wallace & Her Night Hawks, then you’re probably not going to put this on your wants list. There’s no one here remotely like, say, Walter Trout or Erja Lyytinen. This is music from other eras, other lives; you might well almost say other worlds.

Heneghan devotes a CD each to the triple themes of love, lust and discontent, but the line between love and lust, in songs as in life, is a fuzzy one. Some tracks are peripheral, a few have nothing to do with any of it: Sleepy John Estes’ Liquor Store Blues is about paying respect to white store-owners so they’ll sell you a bottle when you need it, while Slim Jim’s Rabbit Blues is a white pastiche of Blind Lemon Jefferson (and a good one, too). Quite quickly, you stop following themes and focus instead on the rich diversity of the performers included here. Blues singers occupy a substantial portion of the programme, some famous like Charley Patton, Blind Willie McTell, Leroy Carr and Memphis Minnie, some lovable oddballs like Daddy Stovepipe (who isn’t Stovepipe No.1), Joe Williams (who isn’t Big Joe Williams) or Pigmeat Pete (who isn’t always necessarily the same person).

Blues singers we may describe them as, but here they are often found delivering hokum songs such as pianist Cow Cow Davenport’s I’m Gonna Tell You In Front So You Won’t Feel Hurt Behind, a mouthful of a title – but beaten in the gobstopping stakes by Charlie Lincoln’s If It Looks Like Jelly, Shakes Like Jelly, It Must Be Gelatine. The “woke up this morning, the blues all round my bed” side of the blues gets little exposure on the first two CDs; what the singers here are more likely to wake up with is, shall we say, a state of excitement.

Only the third CD gives us the more familiar blues emotion of discontent. Henry Townsend expresses it in Mistreated Blues, and Charlie McCoy in Too Long. The songs of disappointment, regret or resignation are in direct contrast to the violence of Bed Slats (‘If I catch another mule kickin’ in my stall, I’m gonna tear it down’) and Buddy Moss’ lurid revenge fantasy Going To Your Funeral In A Vee Eight Ford.

The blues pieces in this quilt are juxtaposed with variously hued patches of old-time country music and Hawaiian guitar, and some snippets of jazz and antique vaudeville. The CD pack and booklet are strewn with vintage photographs and pictures of rare record labels, while the cover graphics have been created by Heneghan’s friend and fellow collector Robert Crumb.