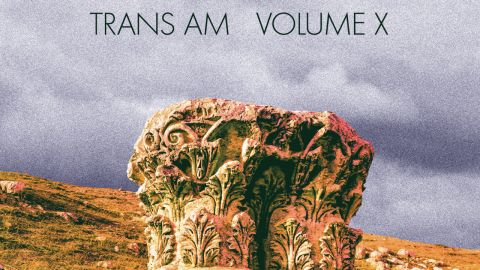 Propelled by the forceful drumming of Sebastian Thomson, Trans Am’s 10th album in a career that, remarkably, stretches back nearly a quarter of a century, opens with Anthropocene, a song that combines big rock shapes with subtle kosmische-influenced synth undertones.

It’s a sound that sums up everything that makes this trio such a beguiling and enduring prospect; a band who hit just the right combination between head and heart and whose cerebral, complex playing is never at the expense of making moving music. Trans Am’s take on prog is a thoroughly contemporary one, the 90-second squelching robo-funk of K Street as fun as the motorik, Kraftwerk/Neu!-leaning rhythms of Night Shift is incandescently brilliant. Here is a band unrestrained by commercial expectation or genre limitations. Musically, they swerve between sounds like a sports car navigating the back streets of New York – clean, focused, well-oiled. By the time of album closers Megastorm (portentous post-rock disco doom) and Insufficiently Breathless (unexpected, acoustic, elegiac, epic) listeners should be convinced that Trans Am remain one of America’s most inventive bands. BM