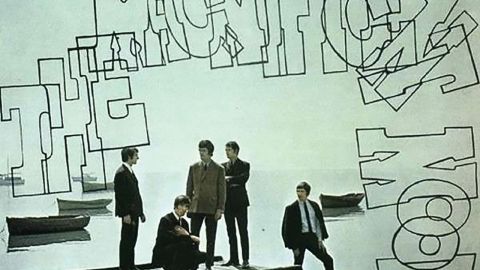 Cherry Red’s double CD reappraisal of the pre-progressive origins of the Moody Blues is affordable as well as admirable, even if the 55-track menu might test the diehard’s appetite – especially those completists with holes in their pockets from Universal’s box set onslaught of recent times.

This 50th-anniversary set takes the group’s titular debut album as its base ingredient and supersizes it beyond recognition. It’s a lot for one sitting, but nevertheless it gives us a fascinating window on the Brumbeat origins of the Moodies’ sound, many miles from the mystical lands to which they later travelled. The 1964-’66 vintage Moodies were three-fifths of their later selves, in personnel if not in sound, with Ray Thomas, Mike Pinder and Graeme Edge joined by Denny Laine and Clint Warwick. The quintet go through their paces in the rhythm and blues discipline of the day, both on that first album and far beyond. It’s a reminder that long before Wings, or even before his own work of the Say You Don’t Mind songwriting period, Laine was up there belting out US soul covers like Jagger, Burdon and the rest. That first album is underpinned, of course, by Go Now, among a selection of de rigueur Americanisms (James Brown’s I’ll Go Crazy, for instance) and a couple of band originals. Then there are the non-album singles and B-sides of the extended period, demonstrating how the band’s sound was expanding in autumn 1966 with the French EP Boulevard de Madeleine, just before the implosion that led to the Hayward/Lodge-era rethink. Disc two has unreleased studio sessions from 1964 and 1966 – the second for a planned follow-up album that never saw the light – as well as BBC session versions of much that’s gone before. At times it’s nascent rather than magnificent, but it’s a beguilingly broadened history lesson.