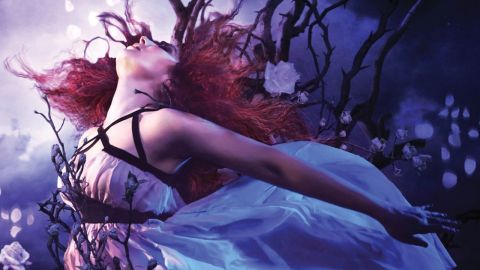 If The Gathering had carried on in the gothic metal vein of 1995’s Mandylion, they might have sounded a bit like Stream Of Passion.

The influence of the honey-voiced Anneke van Giersbergen has always been apparent in Marcela Bovio’s vocals, but never more so than in her exquisite performance on this fourth studio album. The melodrama of opener Monster is amplified by the shimmering metallic tone of Marcela’s high notes, which she pulls back just before they become grief-stricken wails.

Less immediate than their 2005 debut, Embrace The Storm, A War Of Our Own reveals a knack for darkly romantic yet unpredictable songcraft. Rhythms, melodies and cadences go to unexpected places on the title track, while The Curse and Burning Star showcase the band’s metal side.

Its 12 tracks do feel long, but the band have developed as songwriters, taking the formula laid out by departed founder Arjen Lucassen and making it their own./o:p