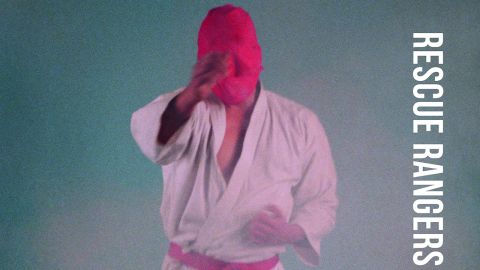 Discovered by Mondo Generator’s Nick Oliveri and championed by Helmet’s Page Hamilton (who produced this album), Rescue Rangers’ background is destined to make members of their local Marseilles scene as green with envy as it will make grandchildren proud. But it’s all about the tunes as the probability of being sought after and in-demand increases proportionally with each killer song written. A fair share of Rescue Rangers’ material makes it obvious what piqued initial interests as the revved-up heavy rock of the title track and Moped Synch are anthemic and equally coloured with power-pop infectiousness and wall-of-guitar magnitude. It’s when the band take their foot off the accelerator that whatever grip they have on listeners also loosens. Dave Grohl would have been proud of Broken Faces and Khalil 15 years ago, but in the context of Rescue Rangers, it strikes a move from strength to lack of identity.