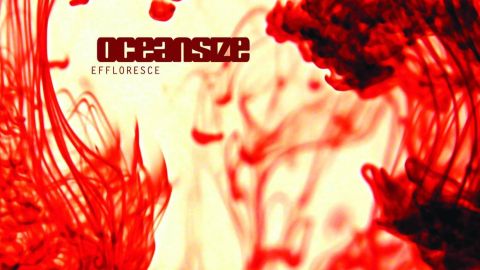 In hindsight, it’s obvious that there was greatness beckoning for this ambitious Mancunian five-piece. A perusal of local gig reports, early EPs and demos that survive confirm that the band – who would go on to be one of the most influential modern experimental guitar groups in the UK – always had a little special something going on.

At the time however, the only real hint of what was in store was the preceding year’s Relapse EP, ably produced by Tim Smith from Cardiacs and Sel Balamir from Amplifier. Though the track Amputee, which was carried over to Effloresce, had always been a rousing call-to-arms, the band were still working overtime. Their goal was to distill elements of the UK alternative scene at the time, which included luminaries like Vex Red, Biffy Clyro and The Cooper Temple Clause, and fuse it with something from a bit of a different plane, with Cardiacs, Swervedriver, Mogwai, LSD and first album Verve jostling for position as influences.

Although it wouldn’t be until their second album, Everyone Into Position, that Oceansize would realise their titanic ambition, Effloresce bursts at the seams with raw ingenuity and barely restrained energy. Catalyst is an effortless, angular-timed classic, Massive Bereavement an unapologetic metal work-out full of headbanging breakdowns and whiplash dynamics, while One Day All This Could Be Yours is a masterfully dark and psychedelic haze of paranoid riffs and stream-of-consciousness lyrics. Amputee ushers in the peak of the record, which continues through a classical-tinged segue of Unravel into Women Who Love Men Who Love Drugs, a fan favourite and the last song that Oceansize would ever play live, nearly a decade later.

The result of all this is a record that was compared favourably to Pink Floyd, to Tool and to A Perfect Circle, and would influence a new wave of progressive-minded young bands, not least 2016 Prog Awards Album Of The Year winners iamthemorning, named after a track here.