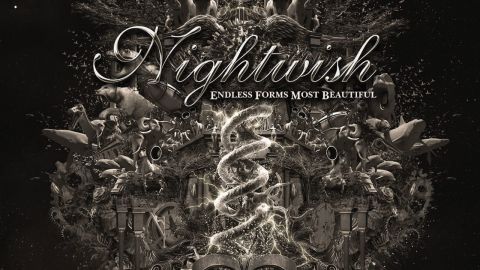 Creating the follow-up to the hugely ambitious Imaginaerum was always going to be a challenge, but Nightwish have taken it their stride and come up with something completely different.

Endless Forms Most Beautiful carefully captures their massive live sound and nods towards their earlier material. Although first single Élan is packed with all their stylistic trademarks, it’s a gentle introduction that doesn’t really reflect this impressive album’s depth. Things start off heavy, reaching a peak on the explosive Yours Is An Empty Hope before the celtic kicks in. The graceful ballad Our Decades In The Sun and the jig My Walden are enhanced by Troy Donockley’s meticulous pipe playing. New vocalist Floor Jansen (After Forever, Revamp) alternates between soprano and rock vocals with ease, with co-vocalist/bassist Marco Hietala’s growls are less prevalent than before. Closing 24-minute, five-part epic The Greatest Show On Earth features spoken contributions from biologist Richard Dawkins, and shows just how much Nightwish have evolved. Celtic flourishes, caressing vocals, symphonic rock – this album has everything their fans could want, and more.