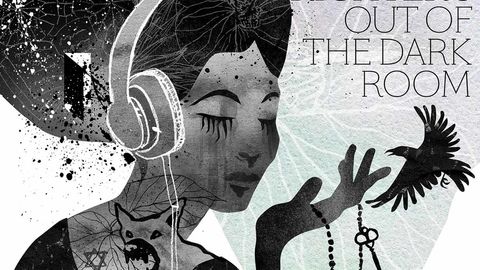 Of all the composers who’ve emerged from the success of Reich, Glass and the so-called ‘minimalist’ movement, perhaps Max Richter has achieved the widest public and critical recognition. Two of his recent projects – the eight-hour Sleep (which also produced a fine remix from Mogwai) and his Vivaldi: Four Seasons Recomposed – havetaken electronic and classical music in fascinating directions. This compilation of Richter’s work for cinema is not only fascinating, but it’s also a fantastic initiation into both his oeuvre and his development as a composer. It reveals both the consistency of his writing and his willingness to work with challenging screen material.

Opening with music from the animated war-based movie Waltz With Bashir, this album packs many of Richter’s best tropes – the endless lines for strings, the quite terrifying electronic beats and dark brass – into a relatively short space. His mastery of orchestration, individual instruments and repetition is mesmeric and, as in The Haunted Ocean 5, often heartbreaking. Apart from 2014’s WWI movie, Testament Of Youth, Richter works with low-key, non-mainstream projects, and his appreciation for traumatic memory (Sarah’s Key) or an oppressed girl’s dream of freedom (Wadjda) is astonishing. The solo cello on Wadjda’s Journey is exquisite – a representation of a human voice rising above an electronically altered Middle Eastern underscore. Richter has an unequalled gift for making one slow pulse of woodwind gesture towards abstracts like ‘love’ or ‘fear’. A single piano note dies into silence and it takes you with it.

One of the common criticisms of movie music is that it’s too episodic to really add up to anything. Certainly this compilation isn’t as revelatory as one of his full-length works, but it’s rich with music that will reward repeat listening, deep into the night or on the daily commute. Richter’s music helps you feel without telling you what to feel. It’s a rare achievement.