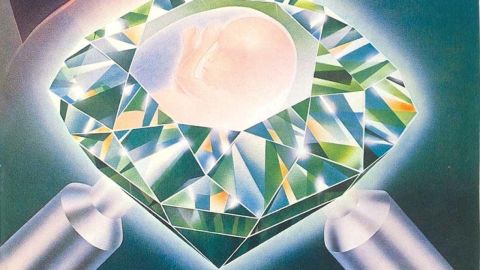 The 1980 debut solo album from Kansas guitarist/songwriter Kerry Livgren was pieced together during moments of downtime away from his main band’s recording sessions for Audio-Visions, their seventh studio album. Like Livgren’s skimpy blond moustache, Seeds Of Change is small but perfectly formed, consisting of just seven tracks.

There are a couple of choice cuts featuring Ronnie James Dio, who contributes his much-missed stentorian tones to Mask Of The Great Deceiver and To Live For The King, the latter being very much in the Rainbow/Dio vein.

Elsewhere Kansas bandmate Steve Walsh lends his voice to the feelgood How Can You Live, while Ambrosia’s David Pack sings – and excels himself – on Ground Zero, the melodramatic closer and perhaps most prog-friendly track here. Other guests include Jethro Tull drummer Barriemore Barlow and gospel singer Mylon LeFevre, who bolsters Livrgen’s own vocals on cotton-field knees-up Whiskey Seed.

In fact, Seeds was originally envisaged as a Christian album (Livgren having recently converted to the faith) and was primarily aimed at the ‘contemporary gospel’ circles. As such, it didn’t receive much coverage in the mainstream rock media upon release – which perhaps accounts for its cult status. God knows, the album is ripe for rediscovery.