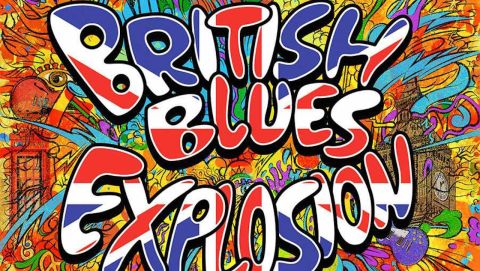 JoBo is the finest tribute act you’ll hear – but he shouldn’t make a career of it.

Think of a seminal blues titan, and chances are Joe Bonamassa can do you a decent facsimile. The guitarist has previously channelled his inner Chicago bluesman with 2015’s Muddy Wolf shows, so he was never going to struggle to inhabit the white-boy boomers at this 2016 show from the Greenwich Naval College.

Jeff Beck is to the fore, the temperature rising with the knuckleduster licks of Rice Pudding and Spanish Boots, and Jimmy Page gets his due with a coruscating Tea For One and a steroid-abusing How Many More Times.

But it’s Clapton who gets the lion’s share, and while Bonamassa fiddles the time line (1974’s breezy Mainline Florida and 1989’s Pretending are a long way from the Ealing Club), those cuts are played with the same scholarly fire as Beano fodder like Double Crossing Time.

JoBo is the finest tribute act you’ll hear – but he shouldn’t make a career of it.