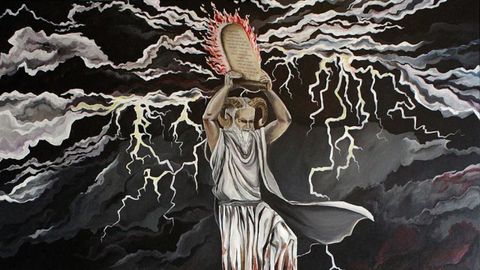 Routinely overlooked during discussions about the genesis of German thrash, Holy Moses’ contribution and catalogue are such that they deserve to be hailed alongside Kreator, Destruction and Sodom as seminal purveyors of Teutonic annihilation.

Revitalised by a new lineup, veteran vocalist Sabine Classen is on typically vicious form here, but it’s her new comrades’ state-of-the-art precision and wildly inventive riffs that ensure that Redefined Mayhem is as explosive and thrilling as any thrash album released in the last decade.

From Hellhound’s bellicose labyrinth of metallic hate through to the mid-paced menace of Into The Dark and on to Whet The Knife’s raging high-velocity attack, this makes most modern thrash sound cautious and aimless by comparison, with Sabine’s reptilian hiss a bewitching focal point throughout. Thomas Neitsch’s production elevates the whole violent escapade to a higher level of impact and intensity, analogue warmth and digital bite merging seamlessly as mutant buzzsaw riffs screech past your ears like a near-miss with a swinging scythe.

Smart, brutal and full of surprises, the Germans’ persistence and bravery have taken them to new heights.