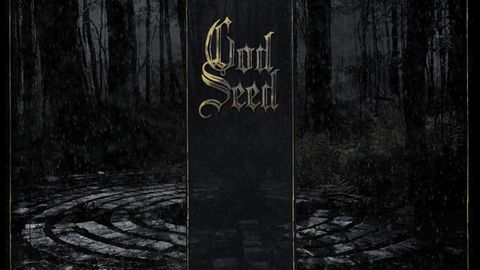 While it would be churlish to suggest the album that God Seed founder King made with Dimmu Borgir frontman Shagrath under the name Ov Hell was a cynical compromise measure, there can’t be many fans of Norwegian black metal who didn’t break into a malevolent grin when the news broke that the aborted God Seed project was firmly back on the rails and fronted, as was originally planned, by King’s former Gorgoroth colleague Gaahl.

Always the most charismatic and intriguing of black metal frontmen, Gaahl’s seemingly temporary decision to quit metal was very much in keeping with his reputation as a one-man awkward squad, and the same could probably be said of his decision to complete this venture after all. And thank whichever deity you prefer that he did, because I Begin is every bit the imperious creative statement that fans have been hoping for.

The biggest surprise here is arguably how far away from Ov Hell’s pompous bluster I Begin resides. More progressive and ingenious than anything either man has been involved with before, these are songs that may bear some nominal spiritual connection to Norwegian black metal’s traditional wing, but that’s where the similarity ends.

The blizzard of dense riffing that erupts at the beginning of opener Awake is a handy way for this album’s air of intensity to be established, but it’s the way King has incorporated subtle touches, from rippling Hammond organs through to unsettling looped samples, that really makes these compositions stand apart from virtually everything else released under the blackened banner in recent times. And while there’s a vast amount of sonic ground between the haunting, subterranean atmospheres of the downbeat Alt Liv and the blistering symphonic grimoire of Aldrande Tre, I Begin never strays from a coherent and enthralling path.

And then there’s Gaahl himself. When the old rogue fronted Gorgoroth, his vocals were often necessarily one-dimensional: a sustained roar of blasphemous rage that seemed to drive the band forward with extra vitality. Here, he reveals a hitherto unexplored versatility, veering from inhuman gargling to clear and ominous proclamation, every word that leaves his lips expressed in perfect symbiosis with its attendant shroud of brutal grandeur. Vicious and hateful on Awake and From The Running Of Blood, sinister and restrained on the pitch-black war march of Hinstu Dagar, his is a bravura performance that, should he now quit metal again, would amount to an astonishing farewell.

There’s a tangible sense of finality to his vocals on this album’s finest moment, Lit. Based on a 13th-century Icelandic poetic saga about the Norse god Baldr entering the underworld, it thrums and throbs with portentous symbolism, Gaahl inhabiting every single word with utmost conviction.

Both musically and sonically extraordinary, I Begin is a haughty exercise in obliterating expectations. If you have any interest in black metal, this is 2012’s most essential purchase.