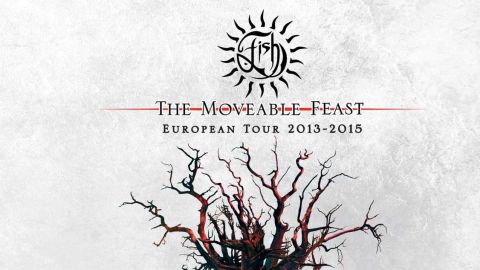 This four-CD set documents two legs of the tour in support of A Feast Of Consequences.

The first two discs find a band in transition with the return of Robin Boult to replace long-time guitarist Frank Usher. Buoyant from the fans’ reception of the new opus, they lithely document more than half of that album in the 2013 Karlsruhe concert. Perfume River and excerpts from the High Wood suite are dramatic, cinematic renditions. The Marillion call-to-arms Freaks is given a rare and welcome airing. Fish is in fine voice throughout. The Wurzburg 2014 gig contains no augur that viral laryngitis was waiting in the wings to postpone 17 shows. A year after Karlsruhe, It Bites keysman John Beck takes over from Foss Paterson, proving his worth on the latter’s High Wood orchestration. The contrasting styles lend variety and replay value to the box. A brooding, skittish Manchmal fizzles with dark energy. The politically-charged bilingual monologue which heralds Vigil In A Wilderness Of Mirrors highlights the prescience and universality of its solipsistic view from the hill. Lavishly packaged with notes from the road and copious photographs, The Moveable Feast is not just for the already schooled.