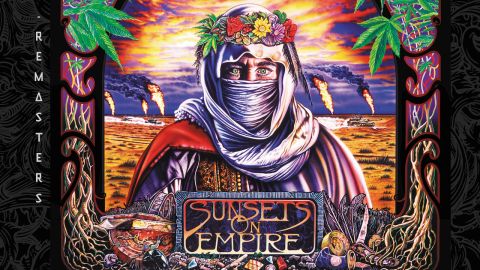 Fish had long moved beyond Marillion’s shadow by the time of 1997’s Sunsets On Empire (6⁄10), and though he’d started strongly with his excellent debut Vigil In A Wilderness Of Mirrors six years before, Sunsets, even with the help of an impossibly fresh-faced Steven Wilson, sounded out of step.

It was a harder-hitting proposition with less of Fish’s garrulous charm, though his extensive and excellent liner notes don’t shy away from the circumstances that might have led to its occasional missteps.

Not so 1999’s Raingods With Zippos (8⁄10). Wilson was still on board and though Fish was struggling to keep the financial side of his empire afloat, art really did come out of adversity. Ambitious in scope – check out the sprawling Plague Of Ghosts suite of songs – it remains a landmark release for the one-time 15-stone first-footer.

Fellini Days (7⁄10) still divides fans. Its flat production didn’t help, nor did songs like the questionable Tiki 4, but the remastering has bolstered the sound and time’s been more than kind to 3D, Long Cold Day and The Pilgrim’s Address. Meanwhile, the packaging, essays, demos and live versions of the songs have brought all three albums back into startling and sharp relief.