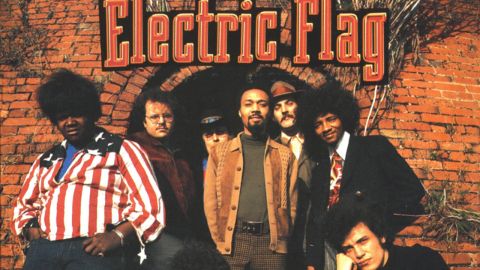 Formed by the prodigiously talented but famously erratic guitar hero Michael Bloomfield, one of the lost pioneers of electric blues, Electric Flag were San Francisco scenesters of ’67, and made their debut at the Monterey Pop festival that year.

Determined to stand apart from the influence of the British invasion groups, they were distinguished by their mixed-race, musically accomplished line-up, including horn players and drummer Buddy Miles who’d been purloined from Wilson Pickett’s band. Their melting-pot attitude carried over into a genre-blending approach, which included experiments with sound sampling.

The backbone of this collection is their debut album, 1968’s A Long Time Comin’. Highlights include Groovin Is Easy, with Nick Gravenitas’s rich voice to the fore, and previously unissued blues jams (Goin’ Down Slow), soundtrack experiments (Movie Music) and live tracks from Monterey (a 100mph dash through R&B standard Drinkin’ Wine).

Frustratingly, Bloomfield’s fireball playing is too far back much of the time and, with the prevailing current heading towards hard rock, their quirky soul and jazz falls short of sounding truly earth-shattering.

Electric Flag’s unpredictable nature, along with Bloomfield’s descent into opiates, eventually pulled them apart, but Old Glory presents an American music band on a high.