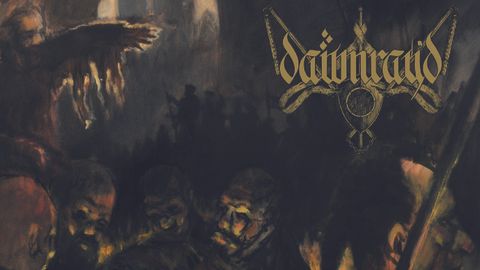 If you’re torn between thinking a band name is clever or clunky – puns being inadvisable for everyone except novelty and goregrind acts – there’s a good chance that ambivalence will extend to these Liverpudlian anarchists’ debut album. Taking its place in the English Heritage Black Metal canon, with added nods to Wolves In The Throne Room, The Unlawful Assembly combines sorrow and pride, its barrelling riffs coursing over forlorn violin and battle-folk vocals surveying the ruins as though trying to retrieve moral victory from defeat. But as rueful and rousing as it can often be, it lacks that transformative quality that truly animates great black metal. Aside from some neo-folk interludes, you can glean pretty much everything you need to know about Dawn Ray’d from the opening Fire Sermon, the band’s lack of spiritual dimension or broader historical resonance, à la Primordial, failing to rise this above the BM herd.