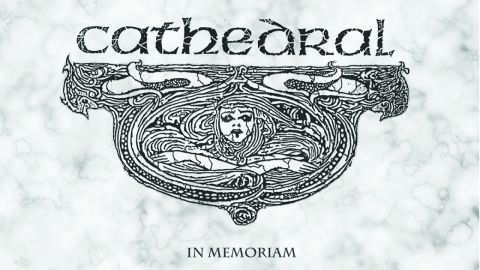 The evolution of doom metal and its ongoing ubiquity as a major force in heavy music owes an extraordinary amount to In Memoriam.

A self-released demo that introduced Cathedral to a metal underground that was, at the time, preoccupied with speed, brutality and Satanic intent, these raw, untutored exercises in downtempo despondency may seem both sonically and compositionally familiar 25 years on, but back in 1990 this was about as radical as it got, not least due to frontman Lee Dorrian’s earlier tenure with Napalm Death.

Instrumental in generating interest in unsung heroes like Pentagram, Trouble and Saint Vitus, Cathedral’s take on doom was crucifyingly inaccessible: Sabbathian grooves dragged down to the brink of the abyss and given a slow-motion kicking. Mourning Of A New Day and Ebony Tears remain among doom’s most crippling dirges, and the organic nature of In Memoriam’s primitive production only heightens that power. Revived and repackaged, this is a seminal snapshot of the moment that metallic misery came home to roost.