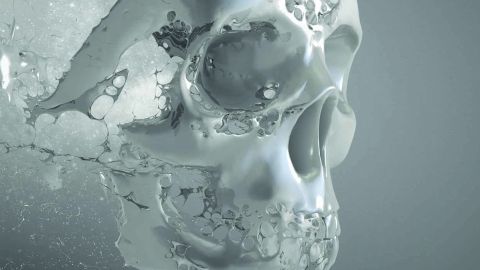 A long-time fan of Pink Floyd and the spacier end of prog, Bjørnson also flags the immersive electronica of fellow Norwegian Biosphere as a big influence on Hydrogen, BardSpec’s debut album. Intro pulses anxiously, like the heartbeat of an alien city, and leads into Bone, the first of four 10-minute-plus pieces that comprise the rest of the album. A series of folky, Gilmour-esque guitar motifs loop against each other as a spectral wall of noise and mechanical rhythm gradually build in the background. A nicely mysterious meld of the pastoral and industrial. Fire Tongue is darker, droning synths accruing around an echoplexed guitar figure, coating the music in a strange Kirlian halo, both hypnotic and unsettling. Gamma exists at the chiming intersection of shoegaze and post-rock, while Salt is deep space ambient with a sprawl of infinity guitars smeared on top, recalling the vast scale at which avant-electronic artists such as Ben Frost and Ben Chatwin work. While occasionally a bit linear and inflexible, Hydrogen is nevertheless more than just another album of disposable kosmische.