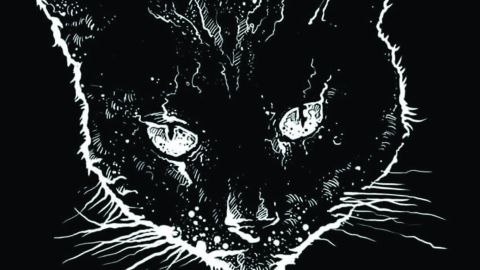 Some real musical gold for you this month, dear progger. Once you’ve set this issue down, do yourself a favour, get on Spotify and check out the self-titled debut album from Swiss power trio The Universe By Ear (Czar Of Crickets). These three guys make a big noise with Sabbathy sludge here, psych scale there, and Bigelf poppiness elsewhere. Bursting with big harmonies, blues rock flourishes and Amplifier levels of personality, the Ear deserve to be heard.

On a trippier tip is California’s Joel Jerome, whose _Cosmic Bear Jamboree _(Elite Records) kicks off with an echoing, gritty take on T.Rex’s Cosmic Dancer, and over 10 woozy, Mellotron-friendly tracks, comes across like a lysergically powered Jonathan Wilson, reaching for the stars, clinging to the grass by his toes.

Happy to say I missed the broadsheet hype around Richard Dawson’s follow-up to 2014’s acclaimed Nothing Important, so Peasant (Domino) hit me between the eyes without warning. It’s a visionary piece of historically informed folk wyrdness. Catgut strings twang and a Field In England dusk falls as Dawson tells his oddly timely tales (Ogre, Prostitute, the 10-minute Masseuse). His extraordinary melodies bend and modulate, treading that Beefheartian line between chaos and catchiness. If modern-day culture’s your disease, Peasant is the cure. There’s genius here.

Bassist **Dudley Philips **has played with artists from Amy Winehouse to Anja Garbarek, and his second album _BASSheARTMANtra _(BHM) showcases his inventive and listenable approach. Spot the King Crimson and Brubeck references amid a tuneful, intelligent, Robert Wyatt-endorsed celebration of all things woofer-ward.

**Benjamin Clementine **won the 2015 Mercury Music Prize with his debut At Least For Now, and his new offering I Tell A Fly (Virgin EMI) is an assured and truly progressive work, broaching everything from avant-soul to adventurous musical theatre. It’s the product of an utterly modern artistic mindset that’s refreshing by dint of its very being. It’s unlikely to shift units, but thank God it exists.

And you know it’s a packed reviews section when we’re squeezing Crippled Black Phoenix in last. Their new, self-released EP Horrific Honorifics features six covers, opening with Arbouretum’s False Spring and closing with The Faith Healer by The Sensation Alex Harvey Band. They assert themselves over these tunes as if they were their own, and if this is a mere stopgap until Bronze’s actual follow-up, it really doesn’t feel like it.