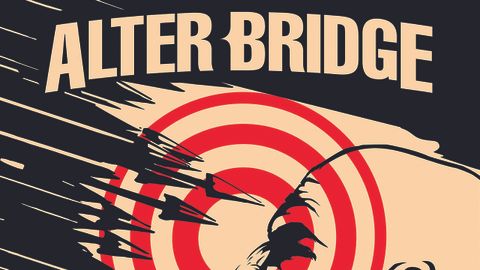 It seems that Alter Bridge’s previous album, 2013’s Fortress, was somewhat overlooked due to the solo and Slash-related endeavours its members were in the midst of at the time.

There are no such distractions now, though, which means the band should be cementing their place right at rock’s top table with The Last Hero, because, once again, Alter Bridge are a classy cut above the bands surrounding them.

What really sets them apart from their radio rock peers is the ying and yang of two exceptional talents fighting for space. Where the range, tone and richness of Myles Kennedy’s vocals could make even the flattest meat’n’potato rock song soar, here he has to compete with guitarist Mark Tremonti’s never-ending arsenal of gut-punching precision riffs and wildly inventive solos for top billing. Island Of Fools is the perfect example; an earworm chorus and a polyrhythmic slashing riff working in perfect tandem. And who wins? You, the listener, because when they strike the balance of these opposing flavours correctly they can truly make classic rock sound contemporary and exciting again where so many bands of a similar ilk just sound flabby, tired and regressive. Impressive as ever.