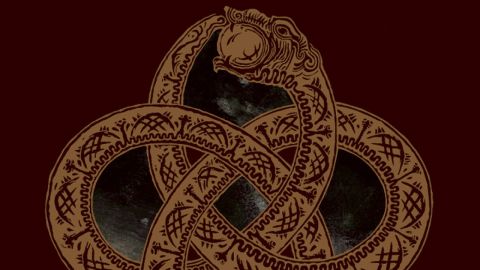 For many years – since the 80s, in fact, and particularly from the 90s onwards when the genre first began to divide into recognisable subgenres – metal has tended to be very quick about throwing up boundaries between its different musical faces. It’s a reactionary approach that is not without its benefits: a large part of what made black metal so revolutionary in its early years, for example, was its conscious decision to isolate itself from death metal.

But as much as we might like to throw around terms like ‘death’, ‘doom’, ‘black’ and whatever, it has to be acknowledged that, by their very nature, such terms can be artistically limiting. Agalloch have long been one of those unusual bands who are unafraid to blur those lines and wander off the metal path altogether when the mood suits, a trait that has inevitably seen some calling foul. On the contrary, though, it’s an approach that has provided a freedom that resulted in genuinely fresh and honest musical expression, and one that has won them a broad fanbase.

Despite almost four years passing since their last album, Marrow Of The Spirit, the group’s live shows prove the band are still resonating heavily with a sizeable demographic that might once have struggled to embrace metal at all. Not that the core of The Serpent & The Sphere is anything but metal. Opening with a ten-minute epic, the album could most easily be described as atmospheric doom, but the inherent openness of the sound allows for an immersive experience that invites a genuinely dynamic emotional experience.

The rich stream of folk remains, with no less than three of the tracks comprised of peaceful acoustic interludes, while BM (often evident in the vocals) and post-rock overtones also make their presence known throughout. Not that it’s all introspective navel-gazing, of course. The Astral Dialogue and Vales Beyond Dimension prove the band can still pack a punch, with an old-school Paradise Lost vibe ensuring growled vocals and chunky gothic riffing, while Dark Matter Gods seemingly leans more toward pure goth/new wave in its inspirations.

A slow grower, The Serpent… improves as it goes on, and its quietly stirring nature invites a swift replay as soon as it’s finished.