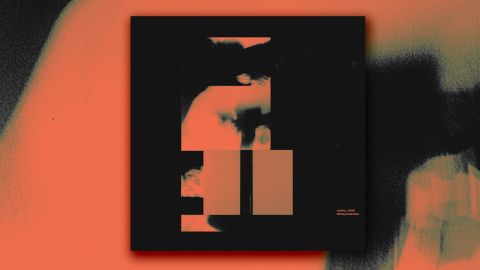 Five friends are in a car hurtling towards the edge of a cliff at high speed. Three of the pals are pleading for the driver to stop: surely nothing but harm must come of this madness? The driver points out that this is what was originally decided by the majority of the group and just because one of them has changed their mind doesn’t mean that he’s going to break his promise of driving into the abyss. And there, on the car stereo, with the volume turned up to the max and soundtracking this imminent catastrophe, is 65daysofstatic’s replicr, 2019.

You’d be forgiven for thinking that the Sheffield intrumentalists would adopt a frenetic approach to this impending disaster, but instead this is music of tension and dread and the very personification of quiet resignation to the inevitable horror that’s to come. Pain is a given; it’s just how much dignity is to be afforded that’s questionable.

If an artist’s job is to observe, interpret and report, then 65daysofstatic have delivered a wordless state-of-the-nation address. Their growth from exponents of post-rock to mature illustrators of widescreen sonic vistas via the touchstones of techno, drum’n’bass and electronics is fully in evidence throughout replicr, 2019. This is a bold album that builds on what has come before it to unflinchingly process an increasingly chaotic outside world into an aural proclamation.

Cinematic in their delivery, 65daysofstatic have taken on board what feels like a non-linear approach to instrumental storytelling. replicr, 2019 is divided into clusters of tracks that are then punctuated by ominous soundscapes that act as short intermissions. This creates the effect of chronicling a calamity before and after it happens, but never during. So it is that these brief moments – the bizarrely titled d|| tl | | | and u| || | th | r| d among others – are dispatches from an unspecified future that look back to survey twisted damage and wreckage.

The opening salvo of pretext and stillstellung set the album’s pace. The haunting minimalism of the former conjures a credit sequence in the mind’s eye, while the insistent and heightened drums that drive the latter evoke a sense of panic that drops the listener into the thick of the action. Elsewhere, the jerky and nervous beats at the heart of bad age are coupled with long sweeps of sustained notes to coalesce into a coherent whole.

replicr, 2019 is undoubtedly uneasy listening, but who said that the transition from sci-fi dystopia to the real thing was going to be a smooth ride anyway?