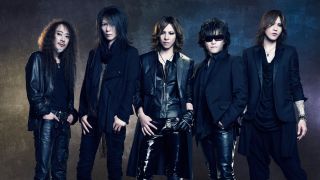 The trailer for X Japan’s film has been released.

The promo, which features Stan Lee, Marilyn Manson and Kiss’ Gene Simmons, comes as We Are X was screened at SXSW last week, following its premiere at Utah’s Sundance film festival earlier this year.

The band’s mainman Yoshiki has also scheduled an exclusive show at the Paramount Theater in Austin on Friday in support of the film.

Meanwhile, the release of X Japan’s upcoming album has been postponed from March 12 until later this year after guitarist Pata fell seriously ill. Their London Wembley show has also been pushed back until next year.

Details of the album launch will be released in due course.