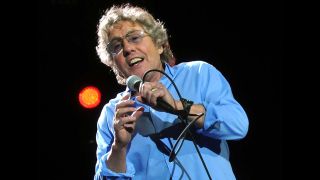 The Who singer Roger Daltrey believes the “scars of age” have added to his band’s impact instead of detracting from it.

And he insists his voice is better than ever as he prepares for the end of the band’s touring career.

He and Pete Townshend are midway through their last-ever major road trip, which includes a return to London’s Hyde Park in June before ending in the US in November – although it may be extended into 2016.

Daltrey tells Rolling Stone: “My voice is fine. I’m enjoying playing. There’s something about looking down the end of a telescope and seeing the potential end.

And he’s not worried about delivering the goods at the age of 71. “Maturity brings something extra to it,” he says. “What it loses in the youthful exuberance, it makes up with the scars of age.”

But Daltrey still doesn’t enjoy is the offstage part of touring. “We do the shows for free – we get paid for the travelling and the schlepping,” he reflects.

“After 50 years on the road, that’s the bit that becomes lonely at times: we’re away from our familires. We’re in a different bed every night or every other night. The bones aren’t quite as forgiving as they used to be.”

Asked if he feels his age, Daltrey replies: “Yeah; but if I shut my eyes I’m 21.” He adds: “I hope I’m wiser. I’m less arrogant. I’ve had a life of privilege thanks to the music business and the support of our audience. I’m very aware of that.”

The Who are planning to record a final album before they wind down.