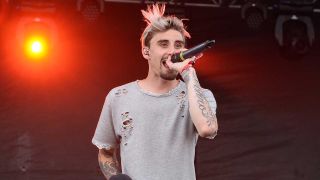 Kyle Pavone, frontman for We Came As Romans, has died at the age of 28.

The news came from the band’s official Twitter account earlier today (August 25), in which they pay tribute to their late friend.

“Kyle's tragic loss came too early in his life and those of his bandmates,” reads the We Came As Romans’ Twitter statement. “All are devastated by his passing. We will miss his smiles, his sincerity, his concern for others, and his impressive musical talent.”

The band also say they will be arranging a way for fans to make charitable donations next week.

No information into the cause or circumstances of Kyle’s death have been made public.

We Came As Romans released their fifth album Cold Like War in November last year.