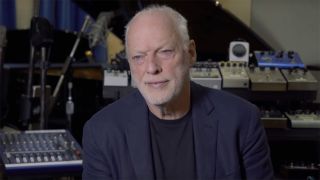 Earlier this week, David Gilmour announced he would auction 120 of his guitars to raise money for charity.

Among the instruments up for grabs will be Gilmour’s 1969 Black Stratocaster which he played on albums including The Dark Side Of The Moon, Wish You Were Here, Animals and The Wall.

And in a new video to accompany the sale, Gilmour picks up that guitar – and several more – to play parts of some Pink Floyd classics.

Gilmour says: “When you’re young and starting off, there are all sorts of reasons for all sorts of guitars. You’re always looking for a new sound – being disorientated on an instrument often gives you a new inspiration.

“That led me into becoming a bit of a collector – I never quite meant to become a collector of guitars, but that’s the way it panned out.”

Gilmour adds: “The money that this sale hopefully will raise is going to go into my charitable foundation and will be used to help do some good in this world.

“If we can do our little bit to help with those larger, global issues, I’ll be a happier person.”

A tour of the instruments will launch at Christie’s in King Street, London, between March 27-31, where music fans will be able to see the full collection.

A select number of the guitars will then move to Los Angeles on May 7-11, which will then be followed by a sale preview in New York ahead of the auction which will take place between June 14-19.